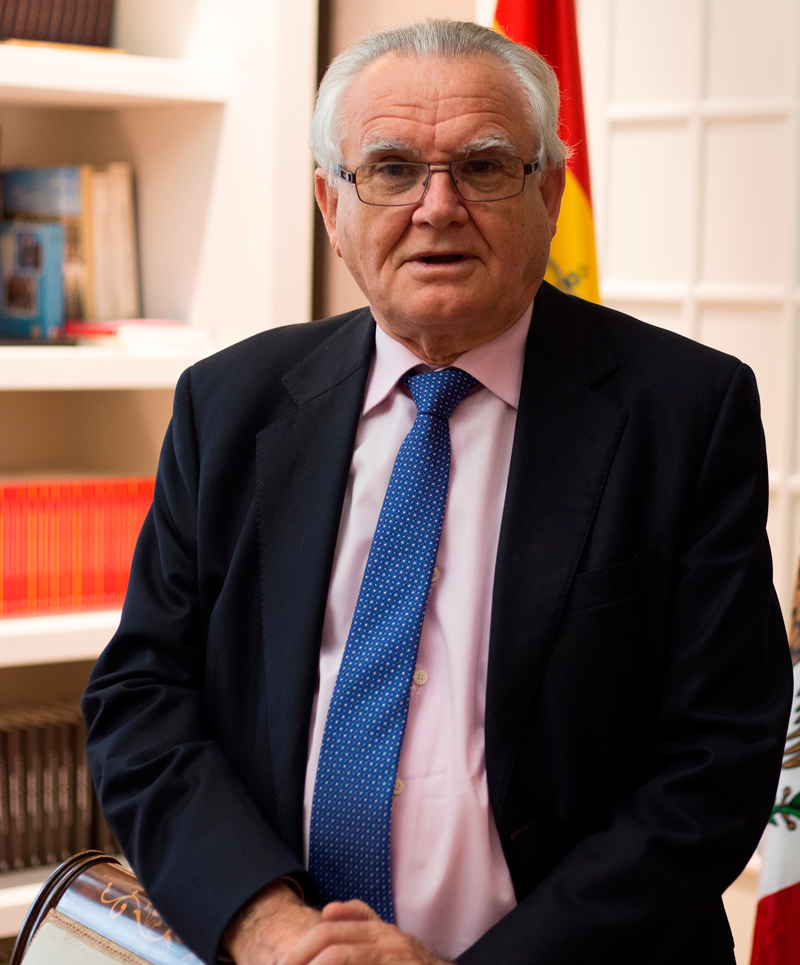 I address you as President of the Foundation Princess Kristina of Norway to introduce myself and put myself at your disposal. Since taking office in May 2016 at the head of this prestigious institution, my main goal is to strengthen the relations between Norway and Spain.

For me it is very important approach to Covarrubias of thousands of Norwegian families already living in Spain, mainly in the Costa del Sol and Alicante. This burgalesa land, is where are buried the remains of Princess Kristina of Norway, in the thirteenth century from his native Bergen traveled to Spain to marry the Infante Don Felipe, brother of King Alfonso X El Sabio.

My mission is to work to strengthen this institution and get my efforts and those of all employers, the Foundation will become the nerve center of pilgrimage Norwegian and Spanish.

We are already working to revive and strengthen this foundation, beginning with the renewal of this website and we want to encourage all kinds of actions that contribute to growth and to look towards the future.

My greatest satisfaction will make the Princess Kristina Foundation Norway the biggest link between Norwegian and Spanish, from the village of Covarrubias.

Biography
Manuel Medina González is a prestigious lawyer who was born on August 26, 1944 in Villanueva del Arzobispo (Jaén). Law degree from the University of Granada (1973/1978), is married to Amelia Espinosa Cuadros and father of five children (two women and three men).

Founding partner of the firm Medina Cuadros which originated in 1978, but not until 1986 when it adopted its current configuration incorporating the company of Amelia Pictures and later all her children. Since its inception, the firm has worked for hundreds of renowned companies and individuals in the country, highlighting major companies in sectors as diverse as power, telecommunications, banking, services, construction companies, public and private institutions, among others.

Since May 2016 has served as President of the Foundation Princess Kristina of Norway, this institution whose main objective is to contribute to improving the historical relations between Spain and Norway.